Molten Basketball GG7X With A Needle And Carrying Net

Description What's in the box Reviews (0)

As the official basketball of FIBA, Molten basketballs have gained international recognition and acclaim as a top choice for elite athletes around the globe. By integrating tradition with innovation, the NEW Molten X-Series basketballs have been designed with an acute attention to detail. The new uniform pebble surface provides superior control and precise shooting and passing while the GIUGIARO® design enhances visibility, allowing players to easily track the rotation of the ball. 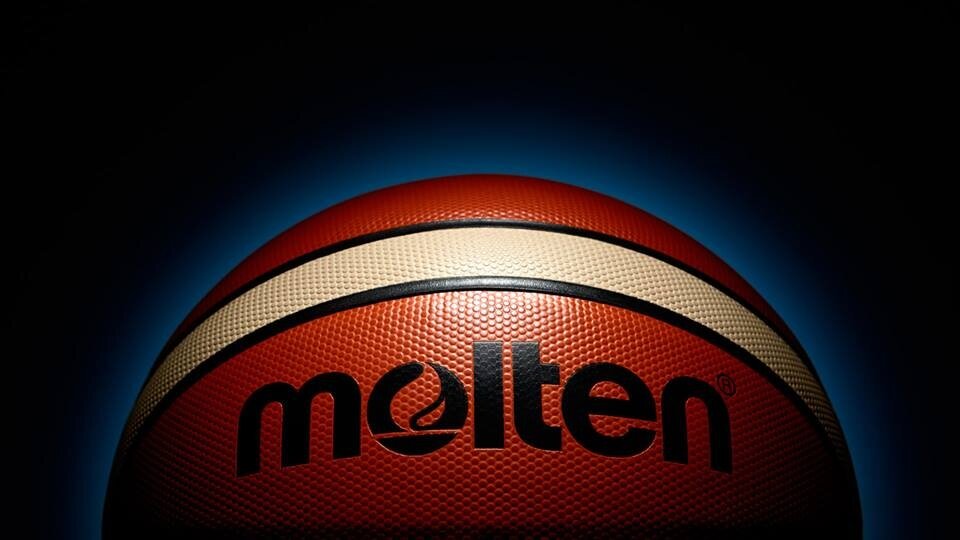 The 2015 basketball season will see the full introduction of brand new Molten X Basketball Technology. The unique enhancements to already popular basketball ranges, like the original Molten GG7 basketball, are set to see an improved basketball hit the court this season.

We have a huge soft spot here at Basketball Megastore for the Molten GG7, since it was the basketball that helped us get a start in the basketball business, and was the first line we ever sold back in 2011, so we're interested to find out how the new GG7X will compare.

Before we take a look at what's new with Molten's new X Technology, lets take a quick look at where the signature Molten basketball design came from.

In 2005, famed Italian design agency, Giugiaro Design were tasked to come up with a new look for the Molten basketball, that would combine tradition with innovation, and make the ball stand out in the market.

Molten were in good hands. Italdesign Giugiaro was founded in 1968 by Georgette Giugiaro and Aldo Mantovani, with their focus concentrated on the car industry. They were a company that was able to provide creativity, engineering and construction of pre-series prototype automobiles, following through with all of the support necessary to put a new product into production.

Their first completed project was the 1971 Alfa Romeo Alfasud car, and since then they have gone on to design around 200 vehicles for some of the worlds leading car makers including Ford, Fiat, BMW, Bugatti, Lamborghini, Lotus and Maserati. So when it came to designing the new Molten basketball, there was a pretty good design pedigree involved.

Giugiaro Design came up with the 12 panel design that we’re now all familiar with. They retained a traditional eight panels in a standard basketball colour, before adding four new panels in a lighter colour. These new panels created two bands that twirl around the sphere of the basketball, giving it a new, visually striking look, but retained a traditional feel for the ball, so as not to affect handling or the players tactile relationship with the basketball.

The lighter colour of the panels, and the bands that they create, gives the ball a distinctive look when it's flying through the air, again setting the basketball apart from what was already on the market. It also provides something visually appealing to players who would aim to get the right amounts of spin when shooting or passing the basketball.

The arrival of the new Molten X Basketball Technology was introduced earlier this year, when it was announced that Molten had signed a new deal with the British Basketball League, which will take their involvement with the league through to 2020.

As part of that deal, Molten were to release a new basketball for use at the top level in UK basketball, which is the GG7X Basketball. The updated design has a new look, a new feel, and a new level of performance, as a step up from the original Molten basketball model.

Molten basketballs have four layers of construction; the surface, rubber cover, windings and the bladder.

As well as selecting top quality materials for the outer surface layer of their balls, they have a rubber cover integrated just under the surface which reinforces the windings and bladder beneath. In the BGGX basketball, the basketball contains minute air bubbles in the rubber layer, which gives the basketball that softer feel than the other balls in the range.

The windings have been tried and tested to get the optimal elasticity for the basketballs, which is achieved using a nylon-polyester blend.

At the centre of the basketball, Molten bladders are known for having a good record for air pressure retention, which is aided by having a high retention performance butyl bladder.

The most notable differences in the new Molten X Basketball Technology are on the surface of the basketball, where the colour and construction have been tweaked for performance. 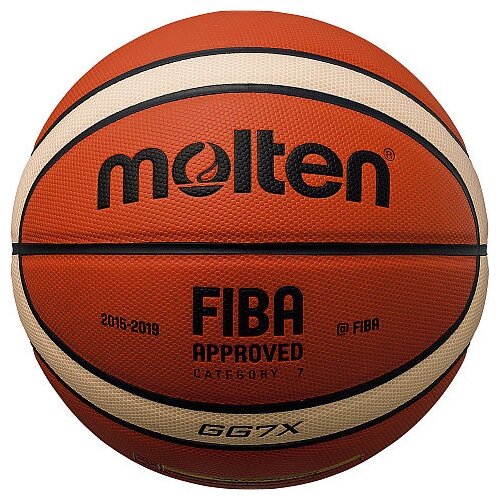 The traditional raised bumps across a basketballs surface (the pebbles) have been flattened out on the new Molten GG7X model (for example) to give a smoother finish to the basketball, which allows for better grip and control, thanks to an increase in the contact area between a players hand and the touchable surface of the basketball.

As well as being flattened, the pebbles have also been modified in terms of shape and placement, to create a geometric, uniform surface across the basketball. This means more consistency in touch and performance with the basketball.

The all-round flatter construction means that there’s a more consistent backspin on the ball for more precise shooting and passing, no matter which position the basketball is held in.

The colour of the basketball has been tweaked slightly, with the lighter panels being toned down further to give an even greater contrast in the colours across the basketball.

The colour change gives better basketball visibility to the players on the court, and means that the rotation of the basketball can be seen more accurately at greater distances. That means spectators and television audiences will get a better look at the way the basketball moves around the court.


Your Review: Note: HTML is not translated!